Liverpool is going head to head with FC Porto starting on 24 Nov 2021 at 20:00 UTC at Anfield stadium, Liverpool city, England. The match is a part of the UEFA Champions League, Group B.

Curtis Jones, Roberto Firmino, and Harvey Elliott are all out for the season, while Jota will need to be checked after colliding with Aaron Ramsdale at the weekend and suffering a knee injury.

Andy Robertson is expected to make his comeback after missing out against Arsenal, and there is cautious optimism that James Milner and Naby Keita will also return, but Joe Gomez is unlikely to play.

If Divock Origi can overcome his illness, he might lead the line, while Neco Williams, Ibrahima Konate, and Minamino all have a good chance of starting.

Tyler Morton is expected to start in this unimportant matchup, but Thiago Alcantara was present at Klopp’s pre-game press conference on Tuesday, indicating that he will start right away.

Meanwhile, Porto has a fully fit team for this crucial match, and Conceicao had the luxury of resting some of his most valuable assets over the weekend.

Pepe will take over at the back in place of Fabio Cardoso, while Diaz, who has been linked with a move to Liverpool, will also return to the first team.

Marko Grujic, a former Liverpool player, might return to Anfield in the Porto midfield, but he’ll have to compete with Sergio Oliveira for a berth alongside Mateus Uribe. 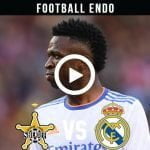 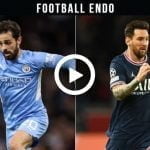