Liverpool will be looking for a third consecutive Premier League victory when they host Leicester City at Anfield on Friday evening.

On Boxing Day, the Reds returned to the top flight with a 3-1 victory away at Aston Villa, while the visitors were defeated 3-0 by a furious Newcastle United.

The Reds returned from the World Cup break with a win over Aston Villa, and they unexpectedly beat Manchester United to the signing of in-demand Dutch forward Cody Gakpo.

In the midst of the excitement surrounding another high-profile attacking signing in January, Liverpool found themselves thanking their lucky stars on several occasions against Aston Villa, but goals from Mohamed Salah, Virgil van Dijk, and 18-year-old Stefan Bajcetic rendered Ollie Watkins’ response insignificant.

Coming away with all three points from the West Midlands had no effect on Liverpool’s position in the Premier League, with the Reds remaining in sixth place, but Tottenham Hotspur’s draw against Brentford means Jurgen Klopp’s team are now just five points behind the fourth-placed Lilywhites, who have played one more game.

Another set-piece goal against Leicester City, who went into Boxing Day hoping to go toe-to-toe with a Newcastle United squad that was sweeping aside practically everyone in their path, but the King Power fans condemned their club to defeat by the half-time whistle.

In the first half, Chris Wood’s penalty, Miguel Almiron’s calm finish, and Joelinton’s header gave the Magpies three points, as Brendan Rodgers’ team reverted to a shadow of their former selves after allowing only one goal in seven games before to the World Cup break.

A comfortable four points separates the 13th-placed Foxes from the relegation zone, so no matter what happens in this week’s matches, the visitors to Anfield will enter 2023 above the dotted line.

The acquisition of Gakpo comes at a perfect moment for Liverpool, who are still without Arthur, Diogo Jota, and Luis Diaz on a long-term basis, and Roberto Firmino is also unlikely to recover from his calf injury anytime soon.

James Milner (hamstring) and Curtis Jones (shin) are also hoping for comebacks against Brentford on January 2, where Gakpo may be available if Liverpool and PSV Eindhoven can work out the technicalities.

Ibrahima Konate, a World Cup finalist, has returned to training for Liverpool and might be one of a few of alterations during the hectic festive schedule, with the fresh legs of Harvey Elliott and Fabio Carvalho possibly potentially being used in the starting XI.

Dennis Praet, who had just begun to fight his way back into the fray, was hit in the back by Joelinton’s knee and forced to leave after 17 minutes.

The extent of the Belgian’s problem is unknown, but he is scheduled to sit out this game alongside Ryan Bertrand and Ricardo Pereira. James Justin, Jonny Evans, and James Maddison, whose troubling knee ailment has caused him yet another setback.

Praet’s injury should boost the prospects of Ayoze Perez or Marc Albrighton returning to the starting lineup, while Jamie Vardy and Wilfred Ndidi may profit from some welcome rotation for the visitors. 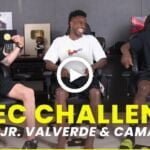 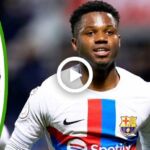