Starting on 9 January 2022 at 19:45 UTC at Groupama Venue stadium in Lyon, France, Olympique Lyonnais will face Paris Saint-Germain. The match is part of the Ligue 1 competition.

PSG’s Achraf Hakimi, Idrissa Gueye, and Abdou Diallo are all abroad at the African Cup of Nations, while Neymar is still three weeks away from returning to training after his ankle injury.

Lionel Messi is still recovering from COVID-19, and Sergio Ramos has been reinstated, but Angel Di Maria, Gianluigi Donnarumma, Layvin Kurzawa, Danilo Pereira, and Julian Draxler have all been placed in isolation.

Despite frequent links with a move elsewhere, Mauro Icardi might earn a rare start up front here, while Colin Dagba, Keylor Navas, and Leandro Paredes could all benefit from their side’s COVID cluster.

Call-ups for the Africa Cup of Nations have weakened Lyon’s attack, with Tino Kadewere, Karl Toko Ekambi, and Islam Slimani all serving their respective countries.

While PSG-linked Lucas Paqueta tested positive for COVID-19 just before the New Year, Jason Denayer, Sinaly Diomande, and Jeff Reine-Adelaide remain in the treatment room for the hosts.

If Paqueta is declared unfit for this match, Rayan Cherki and Xherdan Shaqiri will vie for the final attacking berth, while Bruno Guimaraes is expected to return to the engine room. 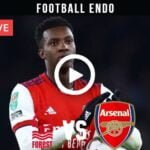 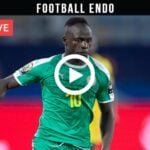