Manchester City is going head to head with Crystal Palace starting on 30 Oct 2021 at 14:00 UTC at Etihad Stadium stadium, Manchester city, England. The match is a part of the Premier League.

City are still without Ferran Torres as he recovers from a foot fracture, but Guardiola does not have any new injury issues to deal with for this match.

Ruben Dias, Aymeric Laporte, and Joao Cancelo are all expected to return to the starting lineup, though the importance of next week’s fixtures against Club Brugge and Manchester United must be considered.

Gabriel Jesus and Jack Grealish should replace Mahrez and Sterling on the bench, with Foden continuing to be the main point of attack after his outstanding performance at the Amex.

In terms of Palace, long-term victims Eberechi Eze and Nathan Ferguson are making progress in their recovery but are not yet ready to return, and the visitors have reported no new problems as a result of their 2-2 tie with Newcastle.

After recovering from sickness, Wilfried Zaha was relegated to the bench for that match, with Michael Olise getting a well-deserved start in his place, but the Ivorian should make the starting XI this time.

There should be no more surprises in the Eagles’ starting lineup, with Conor Gallagher, James McArthur, and Luka Milivojevic all keeping their spots in the engine room. 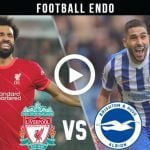 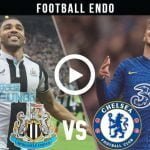