When Manchester United hosts Brighton at Old Trafford in the Premier League on Sunday afternoon, Erik ten Hag will be attempting to have the best possible start to his tenure as manager of Man United.

When will Manchester United vs Brighton be played?

What time will Manchester United vs Brighton be played?

The game between Manchester United vs Brighton will kick-off at 2 pm BST (6:30 pm IST), Sunday.

Where will Manchester United vs Brighton be played?

It will be played at the Old Trafford, Manchester.

Anthony Martial will not play because of a hamstring issue, according to Man United manager Ten Hag, which might allow Ronaldo to start in the middle of the field.

However, the Portuguese is expected to suffer from a lack of playing time this summer, which might result in Marcus Rashford moving to the center and Anthony Elanga being inserted into the lineup in the wide position.

Jadon Sancho’s ability to recover from an illness in a timely manner might be crucial, since the England international has not been seen participating in practice this week and was not mentioned by Ten Hag at his press conference.

Lisandro Martinez may make his defensive center debut, while Malacia might replace Luke Shaw at left back after the Englishman missed last weekend’s game due to sickness.

Brandon Williams (unspecified) and Facundo Pellistri (ankle) are both expected to be out, and the club has still banned Mason Greenwood.

With the exception of Jakub Moder, who has been out with a long-term knee injury, Potter said in his pre-game news conference that his team is all healthy.

Cucurella’s departure may allow Solly March to play as the left wing-back, and Alexis MacAllister, who has recovered from a groin injury, is expected to start.

With Danny Welbeck perhaps leading the line against his former team, Leandro Trossard, who scored three goals against Espanyol the last time out, will also be present in an offensive position. 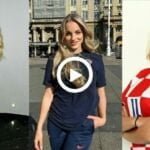 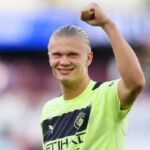