Manchester United will play their third friendly game for the 2022-23 season on Tuesday night with a pre-season friendly against English first-tier club Crystal Palace. Ten Hag’s team is preparing for their Premier League start against Brighton on August 7 at home.

When will Manchester United vs Crystal Palace be played?

What time will Manchester United vs Crystal Palace be played?

The game between Man United vs Crystal Palace match will kick-off at 15:40 PM IST

Where will Manchester United vs Crystal Palace be played?

It will be played at the Melbourne Cricket Ground.

Midfielders Jesurun Rak-Sakyi and Killian Phillips both started against Liverpool, and the two might have another chance to shine today.

Vicente Guaita, Joachim Andersen, Nathaniel Clyne, Tyrick Mitchell, Joel Ward, and Luka Milivojevic are all expected to start again, with Vieira looking to utilise his older players from the start.

Meanwhile, Jean-Philippe Mateta, Odsonne Edouard, and Jordan Ayew started as the front three against Liverpool, and that is anticipated to be the case again in this encounter.

Man United were without David de Gea and Raphael Varane against Melbourne Victory, but both are set to be ready against Palace.

Marcus Rashford might replace Anthony Elanga, and Jadon Sancho and Anthony Martial are also anticipated to play in the last third of the pitch on Tuesday.

Donny van de Beek and Malacia are the two players who are most likely to break into the starting lineup, while Luke Shaw is anticipated to keep his job at left back, and Bruno Fernandes is projected to keep his berth at number 10. 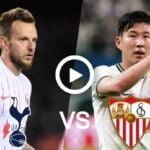 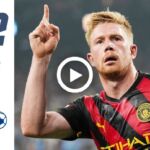