Manchester United is going head to head with Liverpool starting on 12 Jul 2022 at 13:00 UTC . The match is a part of the Club Friendly Games.

On Friday afternoon, a 31-man United team travelled from Manchester Airport to Thailand for the first stage of their pre-season tour, where they will face Liverpool. The tour team, though, is even poorer than the one that ended United’s worst-ever Premier League season with a loss to Crystal Palace in May.

The much-touted revolution has yet to materialize, with just left-back Tyrell Malacia joining so far, while Paul Pogba, Edinson Cavani, Jesse Lingard, Nemanja Matic, and Juan Mata have all gone. Returning loanees Donny van de Beek, Anthony Martial, and James Garner have returned, but it isn’t the revolution that many supporters had hoped for.

Klopp has picked a 37-man roster, meaning there will be wholesale changes for the Reds throughout this encounter and the following several games.

The Reds, like Manchester United, are set to open with an experienced lineup, with Mohamed Salah, who just signed a new deal with the club, perhaps lining up with Diogo Jota and Roberto Firmino in attack. 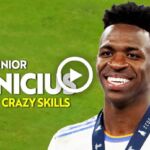 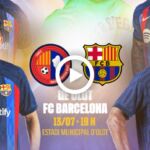