Manchester United is going head to head with Middlesbrough starting on 4 Feb 2022 at 20:00 UTC at Old Trafford stadium, Manchester city, England. The match is a part of the FA Cup.

Paul Pogba and Luke Shaw will both return on Friday after stints out, while Aaron Wan-Bissaka could be ready after a stretch on the sidelines due to sickness, according to interim head coach Rangnick.

Following personal concerns, Jadon Sancho should be included in the squad, while Edinson Cavani will miss out due to his involvement with Uruguay during the international break, and Victor Lindelof (sickness), Eric Bailly (ankle), and Jesse Lingard (personal) are also out.

Because Greenwood has been suspended by the club and will be unavailable for the foreseeable future, Rashford may start on the right flank with Nemanja Matic and Anthony Elanga.

Rangnick will undoubtedly be looking ahead to United’s Premier League match against Burnley on February 8, although Cristiano Ronaldo is set to start for the Red Devils, and David de Gea might keep his place in goal despite the presence of Dean Henderson, who has played little this season.

A new signature Riley McGree will miss this match after testing positive for coronavirus while on international duty with Australia.

On-loan Arsenal striker Folarin Balogun is scheduled to make his debut start for the club. Sammy Ameobi, Darnell Fisher, and Marc Bola are all out, and James Lea Siliki is still on international duty.

Wilder is expected to pitch a strong team against Old Trafford, with Andraz Sporar perhaps partnering Balogun in the final third, although Duncan Watmore, Lee Peltier, and Martin Payero will all be aiming for minutes in the FA Cup match. 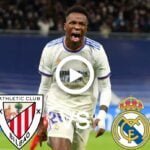 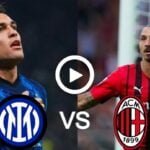