Martin Odegaard is still a Real Madrid player until the summer of 2023, despite the fact that he is still playing for Arsenal. The Norwegian international is keen to stay with the Gunners, but his performances may force him to return to Madrid.

If Zinedine Zidane remains in charge, the young star will undoubtedly return to La Liga. The French manager, as we all know, likes what he sees when he examines Odegaard more closely.

He’s made some significant strides forward this season alone. Real Madrid is a team that requires as many great players as possible to stay competitive.

Martin is yet another player who could play a key role for them in the future. Arsenal’s current season hasn’t gone as planned, and they may not even qualify for European competition.

Odegaard has stated that he is content in North London.

Martin Odegaard believes he has finally found a home in North London, where he can continue to develop as a footballer. Things were very different in Madrid because he couldn’t play on a regular basis.

Inexperienced players who try their luck at major football clubs frequently face this situation. The highest level of competition is Real Madrid, and Odegaard would have to earn his place among the best.

North London, on the other hand, is an excellent place for any player to gain valuable experience.

Odegaard clearly does not want to leave now that he is getting the minutes he requires to thrive. But the problem is that he doesn’t have a choice between staying in the Premier League and returning to Spain at this point:

“I am happy here at Arsenal, we will see after the season what will happen,” Odegaard told Sky Germany. “I’m owned by Real Madrid, so we have to speak to them. It’s important to understand what they want.”

Has Cristiano Ronaldo hinted at a move? The Juventus star has dispatched his cars 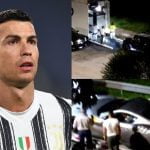 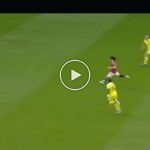