lub captain Harry Maguire is expected to be in the starting XI on Friday. Head coach Ten Hag will shuffle his pack from the side that took to the field for the first whistle on Tuesday, with Malacia, Donny van de Beek and Anthony Elanga potentially coming in from the start.

Martial might again get the nod through the middle, while Bruno Fernandes should also retain his spot, with outings for the likes of Pellistri, Charlie Savage and Zidane Iqbal likely to come from the bench.

Popovic will want to make full use of his squad and take a look at the club’s recent signings, with Juric, Noah Smith and Timotheou potentially all starting for Victory here.

Nick D’Agostino was the team’s leading goalscorer in the A-League Men last term with 10, and the 23-year-old is also expected to feature in the final third of the field. 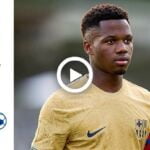