Morocco is going head to head with Guinea starting on 16 Nov 2021 at 19:00 UTC at Complexe Sportif Moulay Abdellah stadium, Rabat city, Morocco. The match is a part of the World Cup Qual. CAF Group I.

Morocco has a number of world-class players down the spine of the team, including Munir El Haddadi of Sevilla, Achraf Hakimi of Paris Saint-Germain, and Romain Saiss.

The Wolverhampton Wanderers defender has been a constant for the Atlas Lions since his debut in 2012, and we expect him to command the backline and protect Sevilla goalkeeper Bono.

Mmaee put on a clinic last time out, hitting a brace to lead his country to victory, and we anticipate the 24-year-old to lead the charge once more.

Meanwhile, Sory Kaba was tasked with leading the assault against Guinea-Bissau last time out when Francois Kamano was dropped off Guinea’s 24-man squad.

Saidou Sow, who has three goal involvements for Saint-Etienne in Ligue 1, was in the heart of the defence and we anticipate the 19-year-old to keep his spot in the starting XI after a strong performance. 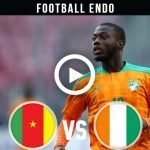 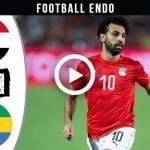