Morocco is going head to head with Malawi starting on 25 Jan 2022 at 19:00 UTC at Stade Ahmadou Ahidjo stadium, Yaounde city, Cameroon. The match is a part of the Africa Cup of Nations, Knockout stage.

Morocco enters the knockout stages as legitimate candidates to win the tournament after a strong showing in the group stages, and we anticipate Halilhodzic to choose a familiar lineup from the first three games.

On the defensive end, we expect a back four of Hakimi, Aguerd, Romain Saiss, and Adam Masina to protect Sevilla goalkeeper Bono.

Further up the pitch, Sofyan Amrabat has started each of the Atlas Lions’ previous two games, and we anticipate the Fiorentina midfielder to partner 21-year-old Azzeddine Ounahi in the centre of the park.

Boufal, who has two goals in the competition, is expected to return to the starting XI, which will be led by the attacking tandem of Youssef En-Nesyri and Ayoub El Kaabi.

Ilias Chair, on the other hand, is a serious worry for Morocco after being pulled off the pitch with an injury barely 30 minutes into the game against Gabon.

Malawi will play without Limbikani Mzava, who was injured in the game against Zimbabwe on January 14 and missed the group decider against Senegal.

Aside from that, the Flames should have no absentees due to a clean bill of health and no suspension worries, allowing Marinica to field a nearly full strength squad once again. 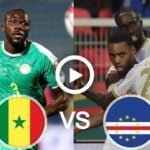 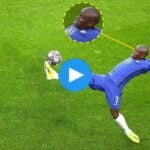