Newcastle United will face Manchester United at St James’ Park stadium in Newcastle upon Tyne, England, on December 27, 2021 at 20:00 UTC. The match is a Premier League encounter.

With Jonjo Shelvey still a fitness issue, Sean Longstaff might step into the engine room. Newcastle lynchpin Isaac Hayden picked up his fifth card of the league season in the Man City defeat and will sit this one out.

Due to thigh injuries, Federico Fernandez and Jamal Lewis have been ruled out of the festive season, while Paul Dummett has returned to training but is still a long way off.

Javier Manquillo and Emil Krafth’s recovery from non-COVID illnesses could help Howe, but a fully healthy Jacob Murphy could keep his right-back spot.

Rangnick has intimated that, with the exception of Paul Pogba, he will have a fully healthy squad to choose from this weekend.

As a result, Raphael Varane, Aaron Wan-Bissaka, Edinson Cavani, and Anthony Martial might all be in contention for the trip to St James’ Park, as can Victor Lindelof, despite his scare with respiratory troubles against Norwich.

Varane might return to the starting lineup for Harry Maguire if deemed fit, but Diogo Dalot will not be dropping out for Wan-Bissaka just yet. 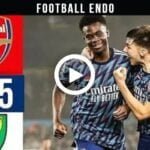 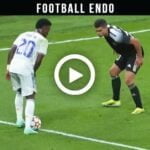 VIDEO: Look How Good Vinicius Junior is in 2021!