North Macedonia is going head to head with Germany starting on 11 Oct 2021 at 18:45 UTC at Toše Proeski Arena stadium, Skopje city, North Macedonia. The match is a part of the World Cup Qualification, UEFA Group J.

North Macedonia last played without Goran Pandev, their former captain, who has decided to retire from international football after Euro 2020, yet despite the loss of their most-capped and highest-scoring player, they clearly did not short for goals.

With two goals from the midfield and two from the defenders, more consistent scorers such as Aleksandar Trajkovski and Milan Ristovski will attempt to take Pandev’s place as the primary goal scorer.

Both Visar Musliu and Tihomir Kostadinov had their bans served in the last game, while the former is uncertain due to a knock.

Germany’s captain, Manuel Neuer, was forced to sit out the game against Romania due to injury, with Marc-Andre ter Stegen stepping in, and the Barcelona goalkeeper looks certain to start on Monday.

Due to the injury of regular left-back Robin Gosens, Thilo Kehrer of Paris Saint-Germain has been filling in, with Jonas Hofmann impressing on the opposite side of a back four.

Florian Wirtz, an up-and-coming 18-year-old who did not even appear from the bench in the previous game, is expected to play some minutes and potentially start against North Macedonia. 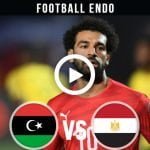 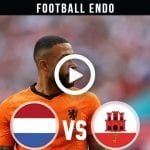