Osasuna is going head to head with Granada starting on 22 Oct 2021 at 19:00 UTC at Estadio El Sadar stadium, Pamplona city, Spain. The match is a part of the LaLiga.

Due to the absence of Kike, who hurt his ankle against Villarreal over the weekend, Avila could find himself in the final third of the field.

Aridane Hernandez is anticipated to be out again, although Ante Budimir and Jonas Ramalho may be able to show their fitness before the game on Friday night.

Ruben Garcia was replaced in the second half against the Yellow Submarine, but it was a tactical move rather than an enforced change, and the Spaniard will now play alongside Avila in the last third of the field.

Injuries have kept Yan Eteki and Neyder Lozano out for Granada, while Angel Montoro and Victor Diaz are doubts after picking up injuries against Sevilla before the international break.

Diaz is anticipated to recover in time, so the XI that took to the field for the remarkable victory over Julen Lopetegui’s side should be fairly similar.

Rochina should hold his right-back spot in a 4-2-3-1 configuration, with Luis Suarez in the middle, thus Darwin Machis and Carlos Bacca might return to the bench. 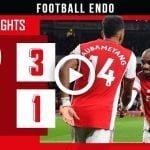 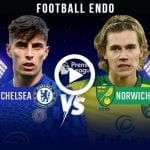