Paraguay is going head to head with Argentina starting on 7 Oct 2021 at 23:00 UTC at Estadio Defensores del Chaco stadium, Asuncion city, Paraguay. The match is a part of the World Cup Qualification, CONMEBOL.

Due to injury, Paraguay will be without David Martinez and Blas Riveros, but Angel Romero and Oscar Romero, both free agents, have been named and should make the starting XI.

However, Miguel Almiron will compete with the Romero twins for a position in the final third, while Santiago Arzamendia might fill in on the left side of defence for the injured Martinez.

Meanwhile, Emiliano Martinez, Cristian Romero, and Giovani Lo Celso of the Premier League, who were all involved in the Brazil quarantine debacle alongside Emiliano Buendia, have been cleared to play this month.

However, due to injury, strikers Paulo Dybala and Sergio Aguero will miss out, while Buendia has been left out by Scaloni, who prefers Papu Gomez and Angel Correa.

With Dybala and Aguero sidelined, Lautaro Martinez and Lionel Messi should constitute the two-man strikeforce, with Lo Celso hoping to return to the left flank over Sevilla’s Gomez. 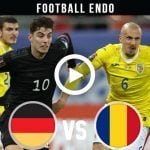