Paris Saint-Germain is going head to head with FC Nantes starting on 20 Nov 2021 at 16:00 UTC at Parc des Princes stadium, Paris city, France. The match is a part of the Ligue 1.

PSG’s powers-that-be were furious when Lionel Messi was called up to the Argentina squad, but the six-time Ballon d’Or winner made it through the international break uninjured, though Pochettino will be wary of taking any chances with his fitness.

Sergio Ramos is unlikely to make his debut for the capital club this weekend, while Neymar has been out with an adductor problem and is expected to be joined by Marquinhos, Presnel Kimpembe, and Marco Verratti for the trip to Man City.

Abdou Diallo has recovered from a coronavirus infection, while Julian Draxler sustained a muscular injury during the international break, Gianluigi Donnarumma has had gastritis, and Rafinha is remains out with a hip problem.

Given Pochettino’s selection issues and the upcoming trip to the Etihad, it wouldn’t be shocking if Mauro Icardi and Colin Dagba were given chances to shine this weekend.

Due to an accumulation of bookings, Nantes defender Nicolas Pallois will miss this match, therefore Andrei Girotto could return to defence as Kombouare makes a modest lineup change.

If Girotto returns to center-back, Wylan Cyprien or Samuel Moutoussamy should replace Pedro Chirivella in midfield, but Kombouare has no injury concerns for the match.

In an otherwise unchanged team, Charles Traore could push for a recall at left-back over Fabio, with Kolo Muani and Coulibaly both featured in the final third of the field. 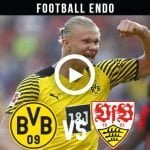 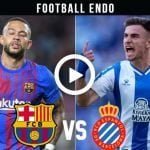