Paris Saint-Germain is going head to head with RB Leipzig starting on 19 Oct 2021 at 19:00 UTC at Parc des Princes stadium, Paris city, France. The match is a part of the UEFA Champions League, Group A.

This week, Angel Di Maria completes his extended European suspension, while Sergio Ramos, Neymar, and Leandro Paredes are all out due to injuries, and Mauro Icardi is doubtful due to personal issues.

Due to late returns from international duty, Pochettino was forced to work with a depleted squad in the win over Angers, but Messi and Marquinhos are expected to return here.

Juan Bernat made his first appearance since September 2020 against Angers on Friday, coming off the bench for the final 30 minutes, although Nuno Mendes and Achraf Hakimi are expected to start in the full-back positions this week.

Kevin Kampl and Nordi Mukiele were both fit to play for Leipzig against Freiburg, but Dani Olmo (thigh) and Marcel Halstenberg (ankle) will be absent again.

On a more positive note, Angelino has returned from his suspension and might challenge for a starting berth at left-back, while Mukiele and Konrad Laimer will also be hoping for recalls to the first team.

Nkunku, a former PSG prodigy, is only two goals behind Sebastien Haller in the Champions League this season, and the 23-year-old will look to become Leipzig’s first player to score in three consecutive games in the league. 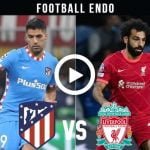 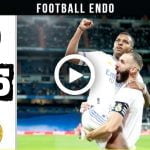