Portugal vs Germany 2-4 All Goals and Highlights.

Germany started brightly and thought Gosens had given them the lead, only to have the goal ruled out due to Gnabry’s offside.

After a counter-attacking opener from Ronaldo, the Germans took a half-time lead thanks to own goals from Dias and Guerreiro.

Havertz and Gosens scored second-half goals to extend their lead, but Jota’s tap-in cut the deficit in half. Santos’ team pushed on, but they were unable to score another goal, resulting in a 4-2 victory for Germany at the Allianz Arena. 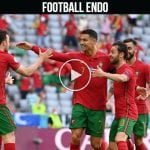 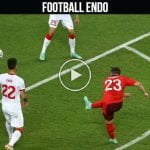