Pep Guardiola had two tremendous Portuguese attempts to thank for City’s victory at Villa Park, which put an end to Steven Gerrard’s perfect start to life back in the Premier League.

Ruben Dias and Bernardo Silva both scored spectacular goals in the first half, but Aston Villa’s Ollie Watkins equalised shortly after the restart, and the champions eventually held on for a crucial three points in the West Midlands.

City’s win at Villa Park was their sixth in a row in all competitions, during which time they have scored at least two goals in every game, and their hot streak has kept them in second position in the table, one point behind Chelsea and one ahead of Liverpool.

Phil Foden and Jack Grealish were fit enough to start in midweek for City, but Ilkay Gundogan, John Stones, and Kyle Walker were all forced to sit out.

While Ferran Torres remains out, Kevin De Bruyne is highly unlikely to return from COVID-19 infection just yet, despite a negative test, the trio have all surfaced as doubts for the journey south.

However, Aymeric Laporte’s return from suspension is a good boost, and both Grealish and Foden could be declared healthy enough to start, though both men completing the full 90 minutes would be a surprise. 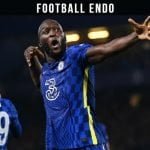 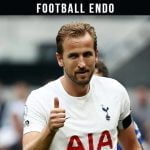