Man City’s place as Champions League Group A champions had already been confirmed before they travelled to RB Leipzig for a meaningless match on the last matchday, with the German team benefiting from Jesse Marsch’s firing as a new manager.

Achim Beierlorzer’s Bundesliga side broke City’s seven-game winning streak in all competitions with goals from Dominik Szoboszlai and Andre Silva, with Riyad Mahrez’s late header not enough to threaten a comeback.

City, on the other hand, took advantage of Chelsea’s setback to Wolverhampton Wanderers to recover top spot in the Premier League table, one point ahead of second-placed Liverpool, courtesy to a 3-1 victory over Watford, thanks in no small part to an outstanding Bernardo Silva performance.

In the defeat to Leipzig, Man City lost both Nathan Ake and Phil Foden to injury, however neither player is understood to have suffered any major injuries.

Aymeric Laporte and Gabriel Jesus are both out with injuries, but Ferran Torres remains on the sidelines despite reports linking him with a move to Barcelona.

With Guardiola’s hand essentially forced in the final third once again, the likes of Ederson, Ruben Dias, and Raheem Sterling could all return to the first XI this week. 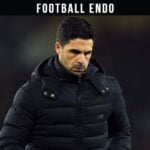 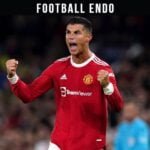