Manchester United are coming off a 1-1 draw with Young Boys in their final Champions League group match on Wednesday evening.

Interim head coach Ralf Rangnick made several changes for the European match, starting a brand-new XI, and a youthful side earned a draw, with first-team debuts for Tom Heaton, Charlie Savage, and Zidane Iqbal, as well as a goal for Mason Greenwood for the home side at Old Trafford.

Rangnick will now be trying to make it back-to-back Premier League victories after leading the Red Devils to a 1-0 victory over Crystal Palace last Sunday, with Fred scoring the game’s only goal as the club moved up to sixth place in the table.

Man United are only three points behind fourth-placed West Ham United and have a favourable run of fixtures coming up in the coming weeks, with matches against Norwich, Brentford, Brighton & Hove Albion, Newcastle United, and Burnley all coming up before the end of the month, and Rangnick will be hoping for a lot of points.

After picking up a knock to his knee against Young Boys on Wednesday, Aaron Wan-Bissaka has been added to the injured list, while Raphael Varane, Edinson Cavani, Anthony Martial, and Paul Pogba will all be out for selection against the Canaries.

Rangnick is expected to make several changes to his starting lineup, with the same lineup that faced Palace last weekend set to take the field at Carrow Road.

Marcus Rashford should play alongside Cristiano Ronaldo in the final third, with Jadon Sancho and Bruno Fernandes in the places directly behind.

Luke Shaw returned from a head injury against Young Boys, but Alex Telles has been impressive at left-back in recent games and should reclaim his place in the starting XI for this encounter. 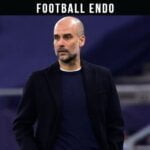 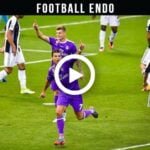