Following the announcement that David Luiz will leave Arsenal at the end of the season, Mikel Arteta praised the Brazilian.

Following a meeting with Arteta and the club hierarchy, Luiz decided to leave the club once his current contract expires in June, despite having agreed to a one-year contract extension for this season.

It was a joint decision made by the club and the player. Nonetheless, Arteta expressed his regret at Luiz’s departure and stated that he has learned a lot from the former Chelsea and PSG defender.

“He’s a player who has won everything in football and has earned every right to do so through who he is as a player and as a person,”

said the Arsenal manager in a press conference on Tuesday.

“I had the privilege to work with him for 18 months. I really enjoyed it. I think we got on really good. I think we had some great moments together.

“He’s been really helpful, someone who we really like and appreciate so much.

“So I say thank you to him and wish him the best of luck in his next chapter because I’m sure knowing David that he will have many more to come as player and in the future somehow related to the game.

“When you get to know the person, his background, where he was raised in Brazil and what he’s done. To get to this point is remarkable.”

“I’ve really enjoyed and learned from him.

“He’s been very helpful every time with the team and I feel sadness as well because you get attached to the players emotionally.”

Luiz will miss Arsenal’s match against Crystal Palace on Wednesday, but he hopes to return from a hamstring injury in time to face Brighton in the season finale on Sunday.

Juventus’ new home kit for the 2021/22 season is unveiled 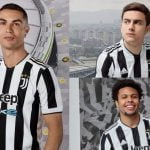 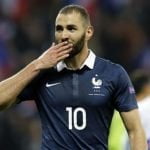 Deschamps is expected to make a surprise decision on Benzema