Lionel Messi was limited to individual post-COVID recuperation before the Lyon match and will miss this one as well, although Gianluigi Donnarumma, Julian Draxler, Angel Di Maria, Layvin Kurzawa, and Danilo Pereira are all expected to return.

On a more negative note, Neymar remains sidelined, Keylor Navas tested positive for COVID-19 on the morning of the game, and Abdou Diallo, Achraf Hakimi, and Idrissa Gueye continue to represent their countries in the Africa Cup of Nations.

With his equaliser against Lyon, Kehrer has clearly put himself in contention to start ahead of Colin Dagba, while Ander Herrera might be replaced if Di Maria is well enough to return on the right.

Haris Belkebla is the only AFCON absence for Der Zakarian, while Romain Del Castillo and Sebastien Cibois are both out with groyne and Achilles ailments, respectively.

Romain Faivre and Irvin Cardona, the attacking combo, were both absent from training on Tuesday for unclear reasons, but there’s no reason to believe they won’t make the team here.

The loss of Faivre, who has seven goals and five assists this season, would be devastating for the visitors, and Der Zakarian may be tempted to bolster the defence with the reintroduction of Lilian Brassier. 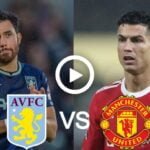 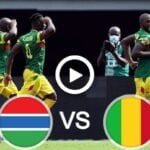