Rayo Vallecano is going head to head with Barcelona starting on 27 Oct 2021 at 17:00 UTC at Estadio de Vallecas stadium, Madrid city, Spain. The match is a part of the LaLiga.

With the 26-year-old still suffering from a serious knee injury, Vallecano winger Martin Merquelanz – on loan from Real Sociedad – is anticipated to be the hosts’ solitary absentee this week.

Despite handing up the game-winning penalty last time out, Balliu is unlikely to be dropped, but Esteban Saveljich will look to replace Nikola Maras in the backline.

After half-time withdrawals against Betis, Pathe Ciss and Mario Hernandez’s places are in jeopardy, while joint-top scorer Radamel Falcao will also be looking for a return to the starting XI today.

Meanwhile, Frenkie de Jong, a Barcelona midfielder, has been declared out for up to two weeks due to a hamstring strain suffered in the El Clasico, joining Pedri, Martin Braithwaite, and Ronald Araujo in the treatment room.

Despite an injury scare at the weekend, Ousmane Dembele took part in training on Monday morning but will not be featured, while Ansu Fati should be fit to play again, albeit not from the start.

Fati’s likely benching would allow Aguero to make his first start if he is considered fit enough, while Sergi Roberto should cover the midfield vacuum left by De Jong’s absence. 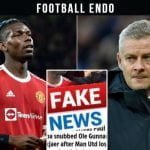 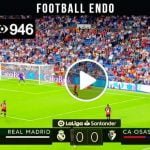