On Sunday, Getafe defeated Real Madrid 1-0 in a La Liga match. Enes Unal’s early goal was enough for the hosts to defeat Carlo Ancelotti’s team. Real Madrid dominated the game for the majority of it, but they lacked the composure to turn it around.

Ancelotti discussed his team’s performance in a post-match interview.

“We reacted nicely for 10 minutes following the score, but then we became apprehensive,” Ancelotti explained (via Marca). “We squandered balls and battles.”

“There isn’t much to say about the game. We extended our vacation by one day. We weren’t the same team at the end of the season.

“We were less devoted and less focused.” We didn’t deserve to lose, thus a draw would have been fair, but we were awarded a goal and lost.

“It could serve as a wake-up call.” We seemed like we were still on holidays.”

With COVID-19, Real Madrid had a number of attacking players on the field. Ancelotti, on the other hand, chose to keep Eden Hazard on the bench. Marcelo’s inclusion in the starting lineup was also unexpected.

“We decided to play with [Marco] Asensio and Rodrygo [Goes],” revealed Ancelotti. “I’d rather start with them.”

“I anticipated they wouldn’t survive 90 minutes due to the COVID problem, so I left Hazard on for the second half, and he was excellent when he came on, combining brilliantly with Marcelo.”

Real Madrid will play Alcoyano in a Copa del Rey match on Wednesday. 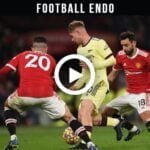 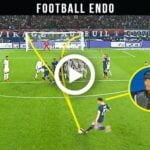