Adama Traore, a winger for Wolves, has reportedly been offered to Real Madrid. This summer, the Spaniard was extensively connected with moves to Barcelona and Liverpool, and he is expected to join one of Europe’s elite clubs soon.

Wolves want to transfer the winger in January, according to El Nacional, because his current deal with the club expires in 2023. Barcelona were rumoured to be interested in re-signing the La Masia graduate, but new manager Xavi Hernandez is apparently not interested.

Adama Traore had a strong 2019-20 season for Wolves, scoring four goals and assisting on fourteen occasions. Raul Jiminez, a Mexican hitman, with whom he formed an amazing collaboration.

Adama Traore is expected to get a fee of around €30 million, according to reports.

The winger wants to leave the Premier League and return to Spain with Madrid keen after Barcelona said they were not interested. [source: El Nacional]#WWFC | #Wolves pic.twitter.com/l4OnDnIavt


Most dribbles complete in the Premier League so far:

Adama and Allan have the best record in Europe right now. 🥶 pic.twitter.com/kqUMW1Tzfe 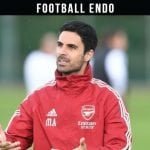 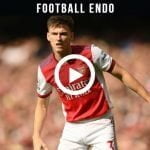