Real Madrid was expected to make an offer for Kylian Mbappe soon, and it was just confirmed earlier today.

Florentino Perez decided to take the next step after hearing various stories and rumours about the discussions for the French forward.

In recent years, the president of Real Madrid has been exceedingly cautious when discussing the player that every Madridista wished for.

Every time PSG heard a rumour like this, they came out strongly to refute it.

Despite the fact that all news sites are claiming the scoop as their own, Josep Pedrerol of El Chiringuito was the first to report it.

This isn’t a ruse; the offer is genuine, and everyone is waiting to see how the French club responds.

Accepting such an offer would mean that they had little chance of keeping Kylian Mbappe at the club. For months, he’d been telling the world that he wanted to try his luck somewhere else, and today was almost unavoidable.

What was Real Madrid’s offer for Kylian Mbappe?

Los Blancos made a €160 million opening offer, according to the report. However, we believe that these talks will continue for at least the next two days, as PSG may request additional money.

Real Madrid hasn’t signed a single player in the last three transfer windows because of this.

They’ve been putting money aside for the new Santiago Bernabeu Stadium, as well as for this very occasion. 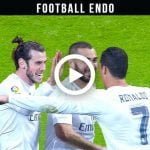 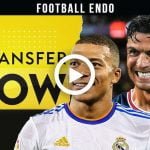 Video: How Kylian Mbappe and Cristiano Ronaldo could make HUGE moves this summer