The Valencia defender is seen by Los Blancos as the ideal replacement for Marcelo, who is expected to leave the capital club at the end of the season.

For more than a decade, the Brazilian has been a key player for Real Madrid, but his form has been patchy in recent years.

Real Madrid has entered the race to sign Valencia’s Jose Luis Gaya, according to Spanish media outlet Fichajes. Zinedine Zidane’s side will face stiff competition for the defender’s services from Atletico Madrid and Barcelona.

Jose Luis Gaya of Valencia is seen as the ideal replacement for Marcelo by Real Madrid. Valencia are expected to ask for a fee of around €50 million for Jose Luis Gaya. In order to raise funds and balance their books, the Spanish club is open to offers for the defender.

Jose Luis Gaya began his career as a Valencia youth player before breaking into the first team in 2012.

The 25-year-old has established himself as a key member of Valencia’s squad, serving as captain. In 2018, he was called up to the Spanish national team as a result of his consistent performances.

Arsenal’s woes are part of a downward trend, according to Mikel Arteta 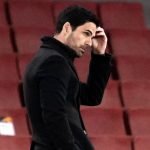 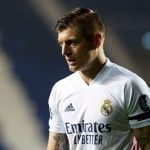