Real Madrid will be playing their second game of 2022-23 pre season after losing to Barcelona in their first game. Club America are their second opponent as Madrid continue with their US Tour. Ancelotti’s men are preparing for their game against Eintract Frankfurt in Uefa Super Cup.

When will Real Madrid vs Club America be played?

What time will Real Madrid vs Club America be played?

Where will Real Madrid vs Club America be played?

It will be played at the Oracle Park in San Francisco.

Real Madrid manager Carlo Ancelotti has announced that Karim Benzema will play against America, with the striker anticipated to play the whole second half of the match.

Dani Carvajal, on the other hand, is unlikely to make a comeback after suffering an ankle injury in training and missing El Clasico against Barcelona.

Ancelotti will make changes to the lineup that began against Xavi’s side, with Luka Modric, Casemiro, Toni Kroos, and Ferland Mendy all set to start, while Eden Hazard, Vinicius Junior, and Rodrygo might retain their starting spots.

There might be a change in the last third of the field, with Henry Martin perhaps replacing Rodriguez, with the latter possibly coming off the bench in the second period.

Head coach Ortiz will utilize his whole squad for this encounter, but the Mexican team will also want to create a good impression, thus a solid starting XI should take the field.

The seasoned Jonathan dos Santos is set to retain his midfield berth, while Alvaro Fidalgo is also anticipated to play from the start for the Eagles. 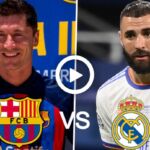 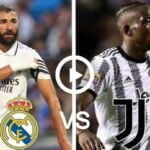