Real Madrid is going head to head with Osasuna starting on 27 Oct 2021 at 19:30 UTC at Santiago Bernabeu stadium, Madrid city, Spain. The match is a part of the LaLiga.

Real Madrid boss Carlo Ancelotti played down fears of Thibaut Courtois suffering an injury after El Clasico, but Federico Valverde will miss the game after suffering a knee injury.

Eden Hazard and Dani Carvajal were both deemed fit to play, albeit the former sat on the bench, while Gareth Bale and Dani Ceballos are still out, while Isco and Luka Jovic are both significant doubts.

Given Real’s difficult schedule, Carvajal should fight Vazquez for a starting spot this week, while Marco Asensio played a key role in his team’s second against Barcelona and might replace Rodrygo on the right.

Meanwhile, following Cote’s red card and subsequent ban, Osasuna will be obliged to make a change at left-back, with Manu Sanchez and Juan Cruz vying for a starting spot against Real.

The visitors’ main injury absentee is anticipated to be Jonas Ramalho, with Ante Budimir and Aridane Hernandez both back in full training after missing the draw with Granada.

Hernandez might be reintroduced alongside David Garcia and Unai Garcia after Arrasate’s decision to adapt to a five-man defence paid off against Villarreal. 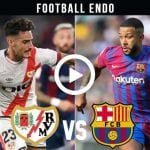 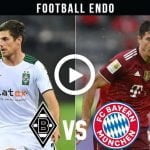