Real Madrid will turn their attention to LaLiga Santander after a disappointing exit from the UEFA Champions League on Wednesday, with a crucial match against Sevilla awaiting them in Madrid.

With a 2-0 loss at Stamford Bridge, Real Madrid’s 17-game unbeaten run in all competitions came to an end. To make matters worse, Los Blancos’ injury list has grown yet again, with Ferland Mendy, Sergio Ramos, Raphael Varane, and Dani Carvajal all ruled out for Sunday’s match against Sevilla.

Sevilla had been on a five-game winning streak in LaLiga, which included a victory over Atletico Madrid, until a shock loss to Athletic Club last week.

The two teams met in a tense encounter at the Ramon Sanchez Pizjuan Stadium last season, with the hosts losing 1-0 thanks to an unfortunate own goal by Yassine Bounou.

Here are five players to keep an eye on ahead of Sevilla’s visit to face an injury-riddled Real Madrid.

Despite Real Madrid’s defensive injury woes, Thibaut Courtois has been outstanding in LaLiga Santander this season, saving his team on numerous occasions. In 2020/21, the towering Belgian has arguably been Spain’s best goalkeeper and one of the best in the world.

Yousef En-Nesyri of Sevilla will undoubtedly be the visitors’ most dangerous attacking threat when they face Real Madrid on Sunday. Only four players in LaLiga this season, including Lionel Messi and Karim Benzema.

Eder Militao had barely made an appearance for Zidane’s side after settling into life at Real Madrid for the better part of two seasons. The Brazilian, on the other hand, has started to show why Real Madrid paid €50 million to sign him from FC Porto. Whether by necessity or choice, Zidane has put his faith in him in some of their most important games in recent months, and he has delivered.

Few players in Europe have had as impressive a rise as Jules Kounde has in the last few years. Since joining Sevilla, the young Frenchman has established himself as one of the best young centre-backs in the world, and he was instrumental in their UEFA Europa League victory last season, keeping some of Europe’s best attackers at bay.

Karim Benzema has had another fantastic season for Real Madrid this year, arguably their most important player, after leading them to LaLiga glory in 2019/20. With 28 goals in all competitions this season, the French superstar leads Los Blancos by four goals over the next highest scorer, Casemiro (seven). 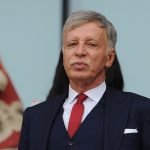 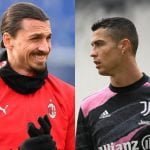 What channel will Juventus vs. AC Milan be broadcast on? Details on how to watch the game live, as well as the TV channel, kick-off time, and team news