Real Madrid is going head to head with Shakhtar Donetsk starting on 3 Nov 2021 at 17:45 UTC at Santiago Bernabeu stadium, Madrid city, Spain. The match is a part of the UEFA Champions League, Group D.

As they recover from their ailments, Real Madrid will be missing Gareth Bale (hamstring), Dani Ceballos (ankle), and Federico Valverde (knee).

Karim Benzema is questionable after missing last weekend’s win over Elche due to a slight foot injury, and Rodrygo will be evaluated before kickoff after limping out in the first half of the same game with a hamstring strain.

Mariano Diaz, however, is unlikely to play after breaking his nose in an uncomfortable landing during the encounter against Elche and undergoing surgery.

Full-backs Dani Carvajal and Ferland Mendy will be looking to jump ahead of Lucas Vazquez and Marcelo, who both started on Saturday.

Eden Hazard will likely replace Rodrygo on the right wing after failing to play a single game in October, while Vinicius Junior – who scored a brace in the reverse fixture against Shakhtar last month – is expected to keep his position in the starting XI on the other flank.

Shakhtar will be missing strikers Lassina Traore and Junior Moraes, who are both recovering from knee problems, and defender Mykola Matvienko, who is out with a leg problem.

Pedrinho, the attacking midfielder who made his debut against Real Madrid last month, has not featured for the Ukrainians since and is still uncertain for undisclosed reasons.

De Zerbi is expected to name a similar team to the one that was named over the weekend, therefore Dodo, Marlon, and Ismaily will likely remain in the back four.

Anatoliy Trubin, a twenty-year-old goalkeeper, could preserve his spot between the pipes ahead of Andriy Pyatov, 37. 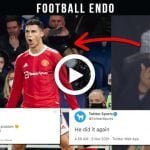 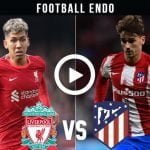