Cristiano Ronaldo is still fired up as Portugal prepares to defend their Euro title.

On June 15, Portugal will face Hungary at the Ferenc Puskas Stadium to begin their Euro 2020 campaign. On June 19, the Selecao will face Germany before facing 2018 World Cup winners France in the final matchday of Group F’s “group of death.”

Fernando Santos’ team will look to their captain for inspiration, as he has a history of delivering on the biggest stage. And the Juventus superstar is committed to bringing his A-game to this summer’s competition, where he could add to his long and illustrious record book.

“I’m as motivated, or more, than I was back in 2004,” said Ronaldo in an interview for the Portuguese federation.

“The captain is good. I’ve been working well alongside my teammates and the coaching staff. We’re focused on working well.

“I hope things go as well as possible, now that the preparation work is done. We just need to fine tune a few things.

“Now the ball just needs to start rolling. We want Portugal to start well, with a win against Hungary.”

👔🐐©️
🎙️"For Portugueses & Fans in the World, they can hope as always, we've a lot of motivation, ambition, always positive thought. As Captain I feel good, training is done, some settings to finish, we can't wait the 1st Game vs 🇭🇺 and we want the Win."pic.twitter.com/wX4K0M8kBY 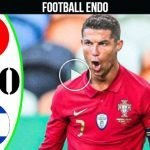 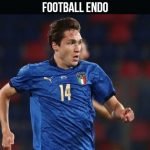