Despite the fact that Ronaldo was expected to play against Hungary today, his goal-scoring ability arrived at the Euros late. With a penalty kick, he had the opportunity to become the tournament’s all-time leading scorer.

Taking that burden off his shoulders gave him complete freedom and allowed him to show off his abilities in a spectacular way. He scored one of the most beautiful goals of the tournament so far thanks to a beautiful combination with Rafa Silva.

UEFA, of course, gave him the evening’s MVP award and asked him to speak to the press. Although he was clearly pleased with the win, Ronaldo now prefers to focus on his personal achievements.

It’s not every day that you have the opportunity to become the all-time leading scorer in a major competition. Ronaldo will go down in history as one of the most influential and important footballers of the modern era.

Cristiano Ronaldo wanted to highlight the importance of starting such a difficult group with a win because he is a member of the infamous Group of Death.

At first, all of Portugal’s players, including Ronaldo, appeared nervous. It was clear as soon as the first goal was scored that they would win, kicking off their title defense. Keep in mind that the Portuguese team is still the European champion.

Ronaldo after being awarded MOTM said: “It was so important to start like this. Now we have to continue. We’ve got to think about the next game and winning that. “The important thing was to win. It was a difficult game against an opponent who defended well, but we scored three goals. “I’m grateful to the team for helping me to score twice and to be named the star of the game.” 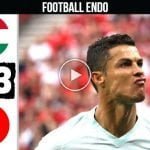 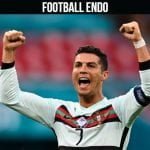