Ruben Dias of Manchester City has been named the FWA Footballer of the Year for 2021, becoming the first defender to win the award since Steve Nicol of Liverpool in 1989.

Since his £62 million ($87 million) move to the Etihad Stadium in September 2020, the commanding Portugal international has been a revelation for the Blues.

He has helped Pep Guardiola’s side to the Premier League title, another Carabao Cup victory, and the Champions League final in 48 appearances across all competitions.

Dias, who joins Gianfranco Zola and Jurgen Klinsmann as the only players to win the FWA award in their first season in English football, said after receiving his trophy: “It’s a tremendous honour. I’m ecstatic, but it wouldn’t have been possible without the team’s success.

“This award should go to everyone on the team. Only as a result of that was I able to be here to accept this prize as a defender.

“It means something special because normally, the ones who finish the plays are the ones getting the spotlight but me receiving this prize is a major example of our team and the way we work – the way we build our game.

“It reflects all the togetherness we have on the pitch, the spirit in the team and how we perform.

“With these players, for me to be receiving this award, it shows how we play like a family.

“[I’d like to thank] my team-mates, all the staff – Pep included obviously – the Club [and the many names responsible for bringing me here] but ultimately, all of my colleagues: the staff, the physios, the kitmen, the guys in the kitchen that bring a smile every day to the training ground and make us feel good and ready to be the best we can be.

“All of those details make a difference at the end.

“The most important thing is to have players who think like you and have the same mentality, knowing how important the team is and knowing: ‘If you fail, I will be there for you.’

“You see it a lot in our team. if someone makes a mistake, another will be there to save you, to have your back. That mentality is definitely one of the things that makes it work so well.

“If our Premier League victory and this award means something to me, I want to give a big part of that something to them. I would like to dedicate it to them and my family as well, who are always with me.”

Thank you to the FWA who voted for me for this award! It’s a huge honour to be recognised in just my first season. But I could not have done it without the team who have been incredible this season. Now let’s focus on these last two games 💪🏼💪🏼 pic.twitter.com/8TvXcKz4Ng

FWA chair Carrie Brown said on the organisation’s official website: “Ruben Dias turned heads soon after his arrival in Manchester, a 23-year-old belying his age with fortitude, steel, a relentless drive for perfection and an almost superhuman ability to read and anticipate phases of play.

“This, while commendable, would not alone qualify a player to win the FWA Footballer of the Year award. One of our founding members, Charles Buchan, prescribed the award to recognise and celebrate a player who ‘by precept and example’ is considered to be the footballer of the year.

“Pep Guardiola improves players, shapes them, but at no point has a new signing arrived into one of Pep’s already trophy-laden teams and exerted such influence.

“Dias has demanded the highest standards which have resulted in the swiftest of upturns in fortune not solely for Dias himself, but team-mates to his left, right, front and centre.

“Ruben Dias is our Football Writers’ Association Footballer of the Year for his leadership on and off the pitch as much as for the infectious joy he derives from executing the art of defending to perfection.

“I wonder if it is quite poignant that, in a time when so many find their backs against the wall, there is heart to be taken from the joy Dias exudes in standing firm and quelling the storm.

“Perhaps, in this of all seasons, Dias is the leader we all need.”

The first defender to win the award since ESPN’s very own Steve Nicol in 1989 👏 pic.twitter.com/OUGA6vXAJf 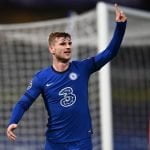 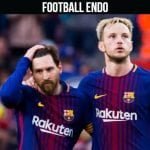 Rakitic looks back on his six seasons with Lionel Messi