San Marino captain Davide Simoncini is expected to return from suspension for this game, although he has not been named to the squad, while David Tomassini was forced to leave the game against Hungary after only 36 minutes.

Adolfo Hirsch, 35, might so return to the attack with Nicola Nanni, who has so far scored his side’s only goal in World Cup qualification against Poland.

Goalkeeper Elia Benedettini drew attention with his performance against England at Wembley, and he also made seven stops against Hungary to keep the hosts to four goals on the day.

In terms of England, Southgate will not risk Mason Mount or Luke Shaw this week, and the England manager should change the pack regardless of qualification.

Emile Smith Rowe made his debut on Friday night and will be hoping for a first start here, especially with Jack Grealish, Jordan Henderson, and Raheem Sterling all sitting out.

Aaron Ramsdale is a strong candidate to replace Jordan Pickford for his first start, while Trent Alexander-Arnold and Bukayo Saka might potentially return to the starting lineup. 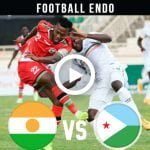 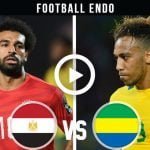