Senegal will face Guinea at the Kouekong Venue stadium in Bafoussam, Cameroon, on January 14, 2022 at 13:00 UTC.

This is the first match between two nations.

Senegal’s AFCON debut on Sunday was far from impressive, and they required a last-gasp penalty from star Sadio Mane to beat their southern African opponents.

Aliou Cisse’s side, one of the favourites to take the title in Cameroon this year, will be seeking to put up a more dominant display in their second match, with sole control of Group B on the line.

The Lions of Teranga have a strong record against Thursday’s opponents, having won eight of the previous twelve matches.

Guinea had to dig deep in their first match on Sunday in Bassoufam to win by a slender 1-0 margin.

Issiaga Sylla gave Kaba Diawara’s team the lead 10 minutes before the break, and they held on for a hard-fought three points.

The National Elephants now have a chance to go to the last 16 for the second year in a row, and they’ll be eager to seal things up before their last group-stage match.

After returning positive COVID-19 tests just days before the Zimbabwe game, captain Kalidou Koulibaly, Edouard Mendy, and Famara Diedhiou are slated to sit out once more.

Mane’s game-winning penalty was his 27th goal for Senegal, and the Liverpool winger is now two goals short of Henri Camara’s record.

Saidou Sow and Ibrahima Conte both suffered minor injuries in the win over Malawi, but they should be fit to play right away on Thursday.

Issiaga Sylla has 64 caps for Guinea, the most of any active player, and the 28-year-old shows no signs of slowing down. 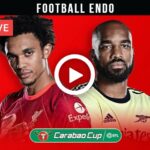 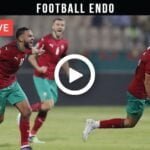