South Africa has chosen a strong squad for the final round of group matches, and it is probable that they will deploy a similar lineup to the one that has dominated the group stage thus far.

Ethan Brooks, an exciting midfielder, will hope to have won a starting berth, while Teboho Mokoena has most certainly sealed down the other engine room spot.

Evidence Makgopa has wowed fans with his displays since joining the team, and Broos will be hoping he can keep up his good work in the final third.

Rushine De Reuck has taken on a leadership role on the defensive line, and he might lead a back three in front of Ronwen Williams in the future.

Captain Knowledge Musona, who will miss this match due to injury, will be a noteworthy omission for Zimbabwe.

In his absence, Macauley Bonne, who has 11 goals in 15 league games for Ipswich Town this season, could be depended upon to lead the attack, while Aston Villa midfielder Marvelous Nakamba will be trusted as a leader in the side. 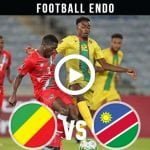 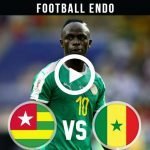