Arsenal is currently mired in an institutional crisis, which has been exacerbated by Stan Kroenke’s attempt to establish the Super League.

In 2007, the chairman of the Gunners entered the picture. By 2018, he controlled more than 90% of the stakes in the club that had previously been led by David Dein.

Kroenke is one of a group of American businessmen who saw great profit potential in European football clubs.

Arsene Wenger hasn’t been able to get the Gunners back to winning ways like Dein did since he left.

Following the European Super League debacle, fans are finally saying, “Enough is enough!” With all of the protests outside Emirates Stadium, supporters are looking for a suitable candidate to take over the club.

The Gunners may have found someone who is not a local but has supported Arsenal since he was a child.

CEO of a major corporation wants to buy Arsenal

In an unexpected turn of events, Spotify’s Daniel Ek has offered to buy the club. His proposal came in the form of a message on his official Twitter account, which read:

“As a kid growing up, I’ve cheered for Arsenal as long as I can remember. If Kroenke Sports & Entertainment would like to sell Arsenal I’d be happy to throw my hat in the ring.”

As a kid growing up, I’ve cheered for @Arsenal as long as I can remember. If KSE would like to sell Arsenal I'd be happy to throw my hat in the ring.

If the pressure is great enough, the club’s owner may feel compelled to act and end this terrible public relations nightmare.

At the end of the day, Stan Kroenke already owns nine other sports franchises in a variety of sports. The question is whether Daniel Ek has what it takes to restore Arsenal’s glory days. 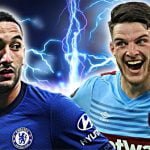 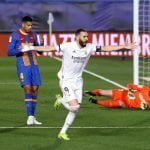