Kane described De Bruyne as “a striker’s dream” in an interview with Gary Neville in May. The Englishman admitted openly that the’special’ midfielder would assist him in scoring more goals in the Premier League.

These comments not only piqued Manchester City’s interest in De Bruyne, but also convinced Sheringham that the ‘writing has to be on the wall’ in terms of Kane’s future plans.

“As soon as he put out his statement a couple of months ago, just before the Euros, it was happening, for me,” Sheringham, who scored 112 goals in 263 games for Spurs, told talkSPORT of Kane’s future.

“Everyone is being very quiet on it at the moment. But for Harry to come out and say he wants to play with someone like Kevin De Bruyne and the players at Manchester City, the writing has got to be on the wall, hasn’t it?”

The 27-year-old has stated that he is looking for a new challenge. One that would allow him to compete for trophies and compete with Cristiano Ronaldo and Lionel Messi on a par.

This summer, Levy is said to have turned down a £100 million bid from Manchester City. Spurs chairman Daniel Levy is apprehensive about losing Kane, but the striker’s desire to leave may force a sale.

According to the Mirror, Pep Guardiola’s side may have to wait until the summer transfer window closes on August 31 to sign Kane. 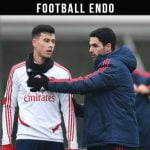 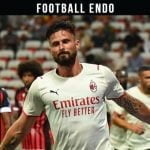