FC Union Berlin is going head to head with Bayern München starting on 30 Oct 2021 at 13:30 UTC at An der alten Forsterei stadium, Berlin city, Germany. The match is a part of the Bundesliga.

Union’s only confirmed absentee on Saturday appears to be midfielder Rani Khedira, who is anticipated to be sidelined for roughly a month owing to a groyne injury.

Rick Van Drongelen and Marvin Friedrich, the defensive combo who have missed the last two matches due to COVID-19, could return, though it is uncertain whether they are available quite yet.

Pawel Wszolek, who arrived in the summer and made his club debut as an extra-time replacement in a midweek cup fixture, is now available again.

Goretzka, on the other hand, was hauled off shortly after the hour mark, so it’s unclear whether he’ll be available on Saturday.

Sven Ulreich, the second-choice goalkeeper, and Eric Maxim Choupo-Moting, the spare striker, are both ruled out due to knee and thigh ailments, respectively. 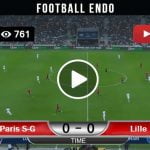 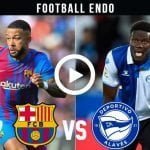