Arsenal vs Newcastle United 2-0 Extended Highlights and All Goals | 2021 HD.

Arsenal beat Newcastle United 2-0 at the Emirates Stadium after a superb second-half effort.

The Gunners took the lead through Bukayo Saka’s excellent strike, before Gabriel Martinelli secured the three points with his first Premier League goal at the Emirates in 22 months.

Referee Stuart Atwell did not give a penalty to the Magpies when Callum Wilson fell down in the box under pressure from Nuno Tavares with the score at 1-0, and Martinelli added a second for the hosts seconds later.

Eddie Howe suffered his first defeat as Newcastle manager, but there were some positives to take away, despite the fact that the Tynesiders are still winless this season.

Arsenal’s next Premier League match is on Thursday at Old Trafford against Manchester United. Newcastle will play Norwich City at home on Tuesday in a crucial game for them at the bottom of the standings. 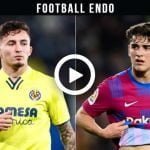 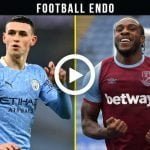