Arsenal deservedly won this game, having taken 21 shots to West Ham’s seven. In the second half, they stepped it up a notch.

Their reward is a one-point advantage over West Ham in fifth place in the Premier League table. At the moment, the top three appear invincible, but the race for fourth looks interesting.

Arsenal overtakes West Ham United to go into the top four! Here, Arteta’s young Gunners were outstanding. Early in the second half, Martinelli scored, and although Fabianski saved Lacazette’s penalty, Smith Rowe came in to seal the victory for the visitors.

West Ham put forth a brave attempt but came up short, and Coufal’s dubious dismissal will irritate them.

Arsenal, on the other hand, has plenty of reason to be confident ahead of a busy festive fortnight, while West Ham has a more straightforward schedule ahead of them. They’ll certainly put up a fight for the final Champions League slot. 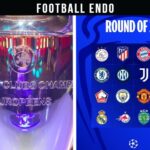 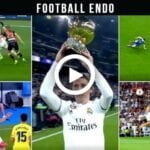 Video: An insane viral video of Luka Modric’s top skills at Real Madrid demonstrates how unique he truly is