A thrilling cup tie draws to a close, with holders Barcelona just escaping! Linares, the hosts, played a tremendous performance and rightly took the lead, which they held on to until substitute Dembele equalised! Jutgla got the winner soon after, but Barca had to work hard for it, and they’ll go forward knowing that no team can be taken for granted in this season’s Copa del Rey!

After coming on, Ousmane Dembele totally transformed the game, scoring a goal and making a crucial assist from seven shots, three of which were on target. He was also fouled three times, demonstrating the influence he made on both sides after his half-time introduction.

Barca advances to the next round after a tight victory. With only 16 teams remaining after this round of games, Xavi’s side will be looking to win the tournament for the second year in a row, however they will remember the tough test Linares put them through in this encounter. 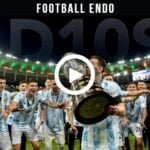 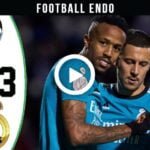