Carlo Ancelotti’s team advanced to the final after goals from Vinicius Junior, Karim Benzema, and Federico Valverde. They will face either Atletico Madrid or Athletic Club.

Xavi’s side had goals from Luuk de Jong and Ansu Fati, but it was not enough to keep them in the competition.

Carlo Ancelotti was pleased with the way Real Madrid defended and attacked in their Supercopa de Espana victory over Barcelona on Wednesday.

Madrid conceded two goals to their Clasico foes, but responded with three of their own to go to the final.

“The goal was to defend well and attack better,” Ancelotti stated. We have attacked well and, at the same time, we have defended effectively, albeit we could have done better.

“Barca put forth a strong performance. They have a lot of high-quality players, which was crucial for everyone.”

“The crew was prepared for such encounters. It was always going to be a fight to the finish. We were particularly efficient from the back and on the counter in the first half. We made errors due to exhaustion, but our counterattacks were effective.” 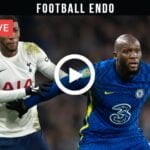 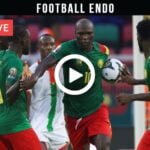