After a dispute with his previous club, Sao Paulo, over image rights, Alves was without a club.

But, just as it appeared like the greatest successful footballer in the history of the game was about to retire, he consented to return to Barcelona.

If you wanted to know how Alves felt after the move, all you had to do was look at his ecstatic face during his unveiling.

Alves was enjoying the time of his life, and he was flaunting himself in front of adoring Barcelona supporters.

Dani Alves knows how to ‘go out there and have fun’ pic.twitter.com/wRGd9r24UK

“It is a pleasure to be here after such a long time,” he said.

“To return here is an honour, a pleasure; to be able to share [it] with you again.

“I come to learn from you now, the new world. From the old one, I want to convey one thing; to know what It represents this club and this shirt.

Video: Aaron Ramsdale’s Distribution Is Out Of This World! 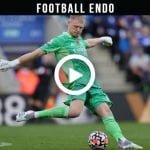 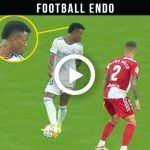