The referee signals the end of a thrilling match between Portugal and France, which ended 2-2 with three penalty goals.

As a result, both teams will advance to the knockout stages, with France finishing first in Group F and Portugal third. It was 1-1 at halftime after Ronaldo and Benzema both converted penalty kicks, and France took the lead in the second half after just two minutes, thanks to Benzema’s second goal.

On the other end, Kounde handled the ball in the box, and Ronaldo scored a penalty on the hour mark to make it 2-2. 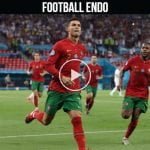 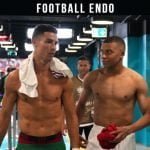