“A world class box to box midfielder, who gets the ball forward, and he is there to help defensively too. Barcelona’s midfield is insane. Gavi, Nico, Pedri, Busquets and Frenkie De Jong. Just wow…”

“what I like about De Jong is he drags players with him with his dribbling ability and forward runs,Xavi needs to trust him more and pair him up with Gavi and Nico, also his hold up play is important for us, because Barca can’t hold the ball without losing it”

“He coulds 10 more assists right now if our attackers knew how to finish these chances. Frenkie is still our best midfielder.”

“F. De Jong is one the best Barca should nurture him and trust him giving him his actual position”

Video: When Rodrygo Shocked The World 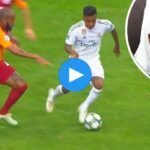 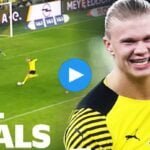