Portugal earns the first point in Group F, moving to the top of the standings ahead of France and Germany’s match later today. Germany is up next for them.

Despite the heavy defeat, Hungary can take a lot of positives from the game, but they will face France again next time out.

They left it late, but Ronaldo’s close-range strike should have given them the lead at the break. Hungary thought they’d taken the lead thanks to Schon, but the flag thwarted them.

Guerreiro scored in the 84th minute after a fortunate deflection off Orban, who then gave away a penalty, which Ronaldo converted. In stoppage time, he got his second, dancing away from the goalkeeper to score Portugal’s third goal. 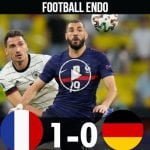 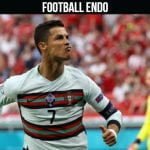